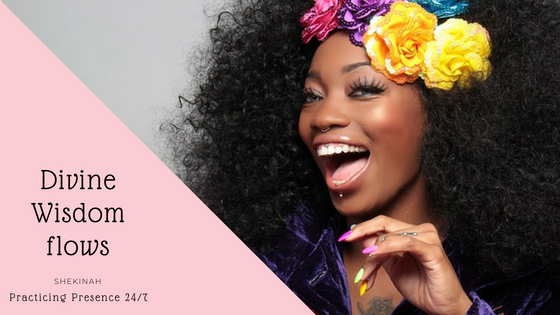 Do not assume that divine guidance flows only when you are in need of help.
Guidance continues to flow whether or not you have problems.
— Caroline Myss – “Entering the Castle“

How many people do you know that reserve prayer — or asking for Divine Wisdom — for when they have a problem? That only stop to pray when there is a crisis?

But Divine Wisdom, divine guidance, is always available to us — whether we are conscious of it being there or not.  Just because we are caught up in our lives, busy with our busy-ness, does not mean that Love, Joy & Peace simply are unavailable to us.

But then, suddenly, something happens, and we find ourselves in a “crisis” — maybe it’s an existential crisis “what is the meaning of life?”, or something that didn’t quite go as we planned.  Other times, it is a relationship that is “on the rocks” or rejection that we are suffering.

And then we remember to pray.

But, what does prayer do for us?

Have you ever heard that prayer does not, in any way, change God?

“Prayer changes him who prays.”

So why pray if God is not going to change?

Well, somehow, somewhere along the way, we reached a point in which we started to think of God, somehow, as being human.  While Genesis starts with “God made man in his image”, it would appear that we turn this around and have begun to make God in our image!  And so, time and time again, I find nuances of interpretation that seem to infer that God is somehow a man.

When I think of descriptions in the Hebrew Scriptures of God seated on a throne: I feel that this is simply a likeness provided to those who worshiped God so that they could relate to an image that they knew well – kings, emperors & pharaohs.

So, if God is seated on a throne, and I am praying to this God, maybe
— like any other human being who you repeated beg to —
I can change God’s mind.

If I throw a tantrum, will God change “his” mind?

But, is this illustration of God as a king, emperor or pharaoh a true representation of God?

Or were the prophets simply using an every-day object to illustrate a point?

Much like Jesus using the illustration of “the lost sheep” in his parables – a concept that everyone in a herding culture, from that time and place, could relate to.

Were the prophets simply using an imagery that their audience might understand? Was their description of God literal or simply metaphorical?

According to the cultural, political and economic situations that the children of Israel were facing, we see pictures of God with an army of angels, a God greater and more powerful than the emperor Cyrus or a more opulent throne room than King Nebuchadnezzar.

As I child, when I was taught Proverbs 1:7

“The fear of the Lord is the beginning of knowledge; but fools despise wisdom & instruction.”

And I was taught to be afraid.

Growing up, I understood this to mean “fear” = being afraid.  Terrified.

This was a God that I would beg to, but I wasn’t really going to take my problems to on a daily basis… it was kind of a God for crisis situations when I didn’t know where else to go!  I mean… you wouldn’t go to the king for your little problems, would you?  Not for each moment of each day!

That was “to fear the Lord“.

God was something that should have you hiding under the covers at night: afraid of a judging emperor on a throne, that could simply decide your fate, heartlessly. A merciless “holy” God that could not stand a single blot of mistake!

I was taught about “the Lord” referred to that God described by Daniel:

I kept looking Until thrones were set up, And the Ancient of Days took His seat; His vesture was like white snow And the hair of His head like pure wool His throne was ablaze with flames, Its wheels were a burning fire. — Daniel 7:9

This was a God worthy of fear!

Or that God described by Micaiah:

I saw the LORD sitting on His throne, and all the host of heaven standing by Him on His right and on His left. — 1 Kings 22:19

A full-on army that could be deployed at any time!

Not going there very quickly to ask for peace…

And that God described by Isaiah:

I saw the Lord sitting on a throne, lofty and exalted, with the train of His robe filling the temple.  — Isaiah 6:1

A God to tremble before – to be scared of.  To run and hide from.  Like a terrifying king.

So, “the fear of the Lord” was not a very quieting or peace-giving thought.  It was a God that kept you riveted in fear. Easy to manipulate. Easy to keep “in line”.  Tow the line as you are meant to, because “God says”…

It’s a lot easier to get kids to do exactly what you tell them to when they are terrified of you.

And somehow, the loving God of the Gospels was only loving “if you repent and live in absolute godly fear and obedience”.

But as I grew older – and started asking questions… and started to wonder if perhaps God had been interpreted by those teachers and preachers into their own convenient image… I started to look for myself again at the God of the Bible.

I started to wonder what it meant when Jesus describes God as “a loving father“.

Are we talking about the same God here?  Did God, somehow, change between the time of Moses, David, Isaiah, Daniel, Ezekiel and the time of Jesus?

So… God does not change.  What does change, then?

Our experience of God changes according to our situation and the experience that we are willing to have with Spirit: somehow as look into the mirror of Spirit, we are reflected back an image that we are able to understand.

So, for many of the prophets, they preached a God that would draw the people of Israel back together into a cohesive political group, one that would not be split apart through generations of exile.  A cohesive nation, without a land, that would not simply turn to other gods or bow to an emperor, because they had a God that sat on a higher throne, with more majesty and greater power. They had their own King, Lord & master.

A far cry from the God of Abram – “live in my presence in integrity” or “walk with me and be trustworthy“.  — Genesis 17:1

For Abram (Abraham), God — the unchanging — was his friend. Sometimes a friend he failed to listen to and whose advice he failed to follow.  Yet… “friend”.

And so, when I reread, now,

“The fear of the Lord is the beginning of knowledge; but fools despise wisdom & instruction.” 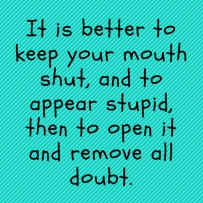 I now read “respect and humility towards Spirit/God/Divine is the beginning of knowledge, wisdom & understanding.”

A fool will be speaking so loudly and so immersed in thinking about his own rebuttal and how he will respond, that he shows his ignorance and despise for learning & instruction.  He won’t even realise he has been spoken to, because he’s so full of himself. He is too busy speaking to listen.

The beginning of knowledge, wisdom & understanding is to show respect and humility for Spirit.

To listen to the still, small voice that Elijah experienced after the great strong wind and the earthquake.

It is in the silence that we begin to relate to God.

But silence is not enough.  We have to come with an open heart, one that is willing to listen and learn.  If we are arrogant and proud, sitting in silence will yield nothing.  If we are not respectful, what can we possibly learn?

Prayer, then, is not about “making my requests known to God“, like a wish-list for Father Christmas!  It’s not the begging of a 3-year-old, throwing a tantrum to their parent, after that parent has already said “no”.  It’s not the lowly widow begging the king for a miracle after she has run out of options between family and friends.  Prayer is not a “last resort”.

Prayer is simply the placing of my hopes and fears on a platter before the Divine and then sitting in silent respect and humility, listening for the still, small voice that comes forth.

Often prayer means releasing those hopes and fears — no longer holding them as “mine”, but a gentle release of them into the knowing that Divine Love and Wisdom is much greater than my mind & intellect could possibly imagine.  Many times, prayer is about releasing our need and desire for control, especially control over the outcome.

And in this space, where we learn to release, we are changed!  When we no longer insist that we have to control every aspect of the what & how, we are transformed – “by the renewing of our minds”.

I started this post with a quote by Caroline Myss:

Do not assume that divine guidance flows only when you are in need of help.
Guidance continues to flow whether or not you have problems.

The biggest challenge that we all face is to continue to listen, with respect and humility, when things are all going well.  At those moments in life when it’s easy to believe “I have got my life together” and we start to thing “I did this“.

It is when we recognise that we are simply co-creators with God that we remain humble and respectful – listening to the Divine Wisdom that is constantly flowing.  Continuing to learn and grow.

It is only when our daily practice becomes Silence, in humble respect, that we can hear the small, still voice.  And it’s then that we begin to realise our true potential – as the Psalmist expressed